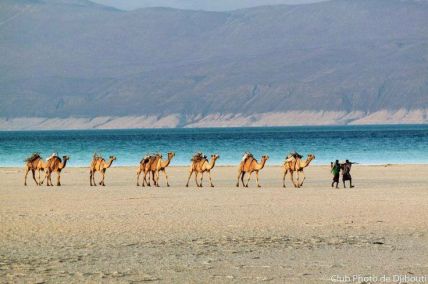 It’s been a while since I last visited Somalia. Despite it’s flaws in the eyes of the world (I mean, what country’s reputation improves after two decades of civil war, right?), there are many reasons why I wish I could be there in an instant. I really miss being there. The entire paternal side of my family is from there, the North in particular, and so I always feel welcome and at home whenever I do manage to visit. Every now and again I am reminded of some odd thing that makes me miss it more than usual. Today, it was some frankincense scented incense. Of course, anything frankincense scented feels simply disappointing once you’ve smelt the real deal. 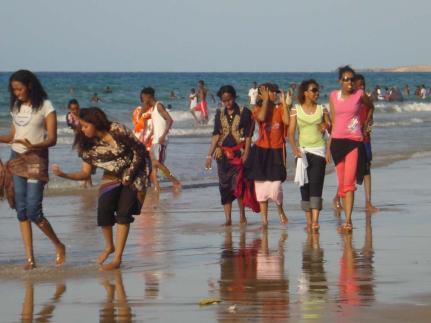 Disclaimer: none of the images above where created by me, but I feel they accurately illustrate the things I try to describe.

Thank you for reading this far and have a wonderful day.

I find it funny how both strippers and hijabis are seen as oppressed by many people. Particularly as I use both to increase my own personal freedom. Many Westerners see Muslim women as an oppressed group as they are “forced by their families cover up everything but their eyes” (not true in most cases) and equally many Muslims see Western women as oppressed as they “have to walk around naked for men to ogle at while the guys are all covered up” (also, nope).

I found an article a while back called “Burkas and Bikinis” which explores how both methods of covering women’s bodies and leaving them uncovered can be used for oppression and are essentially “two sides of the same coin”. The author states that both are forms of sexualisation and objectify the women in each scenario. Unfortunately, I can’t seem to find the link to show you, but I will hopefully find it again soon.  While there are several points in the article that I agree with, I feel that there are several other points to be made. Namely that neither covering nor uncovering has to oppress anyone.

It is true that both a bikini and hijab can be used to oppress women, but it is also true that both can be used for liberation. The main difference which leads to different results is how and why the women are wearing bikinis,  hijab or other types of veil. Are the women themselves choosing how they present themselves or do they simply feel that they have to? If they cover or uncover due to a feeling of obligation and not by choice, I would consider this oppression. This could be pressure from friends and family, bosses, society or even the laws of a particular country. If however, the women are happy choosing what they wear and how they present themselves, I would say that they are not being oppressed.  In fact, just the opposite!

Women who wear hijab do so for a variety of reasons and often not because they feel forced to. The same goes for those who wear the niqab (face veil). For many it’s a barrier between themselves and strange men. They can choose who gets to see how much of their body and hide or reveal however much they choose. Someone who wears a veil often does so because they want others to pay attention to them for their personality and intelligence and not because of their beauty or body. This is partially why I choose to wear hijab when I am not at work. No one can see that part of me when I choose for them not to.

Similarly, those who choose to wear revealing clothing often do so by choice and not because they feel they ought to or have to.  They feel proud of their bodies and comfortable in their own skin and so are not afraid to hide it. Women wear bikinis on the beach because they are comfortable to swim in and let’s be honest; don’t reveal much more skin than the average swimming trunks that men wear. In any case, many women who choose to show off skin are not even doing so to please men. Perhaps it’s just more comfortable to wear less on a hot day and enjoy the feeling of warm sunlight. Perhaps in their society, women’s bodies aren’t sexualised to the extent where they feel they have to cover it up, just in the same way men don’t feel they have to.  Many tribal people, both men and women, don’t see the chest area as being sexual and so little effort to keep it covered. To them, it is seen the same as leaving one’s face uncovered; it’s just another part of them. 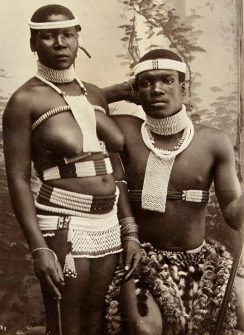 Are either of these Zulu people “oppressed” for baring their chests?

Women who strip also do it for a variety of reasons and often not because they feel that they have to. For some, the extra money gives them that bit more freedom. For others, it’s a chance to express and discover their own sexuality (like me) without doing anything that they don’t feel comfortable with. Of course, there are strippers out there who are oppressed people and this is often due to issues with the management rather than the job itself. This could be because the management frequently rips off the girls, because they pressure girls into doing things which they are uncomfortable with or improperly dealing with bad customers so that the girls don’t feel safe. I’m happy to say that this is not true in my case or any of the other girls working at my club.  The wages are fair, no one expects “extras” and those caught giving them are promptly booted out and likewise, bad customers who try to take advantage in any way are also quickly removed from the premises. We have a very safe, friendly environment where we are free to enjoy and express ourselves as we please.

I feel immensely lucky to have the opportunity to explore such opposites and make the most of them. I love the freedom that I gain from both in a way that so few others do.

Perhaps there is another question we should be asking ourselves. Why is it that both the West and Islamic worlds are so keen to discuss whether women are oppressed by how much or little they wear when no one gives a damn about how much men wear? No one I know of thinks of men as being oppressed when they wear neither swimming trunks nor when they cover themselves from head to toe. 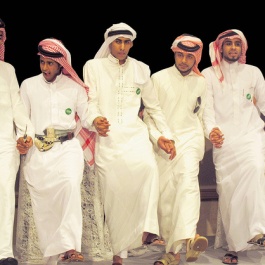 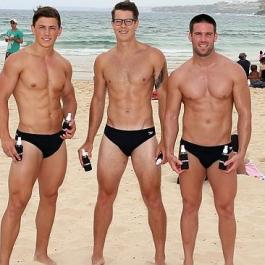 So, which of these guys are oppressed? (a discussion you’re unlikely to find on the internet).

As far as I can see, it’s only a big deal when a woman is perceived as wearing too much or not enough. Frankly, who should bloody care anyway? As long as someone is wearing something they feel comfortable in, man or woman, it shouldn’t be anyone else’s business.